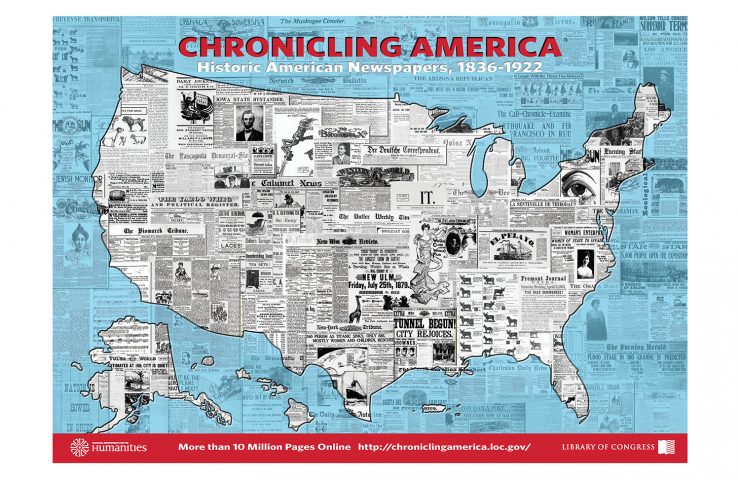 On October 7th, Chronicling America, the website through which the National Digital Newspaper Program (NDNP) content is hosted, reached a huge milestone in its history.  “The site now features more than 10 million pages – 74 terabytes of total data – from more than 1,900 newspapers in 38 states and territories and the District of Columbia,” according to the 10-millionth page press release. Through the generous support of the National Endowment for the Humanities, which is celebrating its 50 year anniversary as an independent federal agency, Chronicling America serves as a free and open hub for newspaper preservation for participating institutions.

Launched by the Library of Congress and the National Endowment for the Humanities in 2007, Chronicling America provides enhanced and permanent access to historically significant newspapers published in the United States between 1836 and 1922. It is part of the NDNP, a joint effort between the two agencies and partners in 40 states and territories.

The NDNP awards grants to entities in each state and territory to identify and digitize historic newspaper content. Awardees receive NEH funding to select and digitize 100,000 pages of historic newspapers published in their states between 1836 and 1922. Uniform technical specifications are provided to ensure consistency of all content, and digital files are transferred to the Library of Congress for long-term management and access. The first awards were made in 2005. Since then, NEH has awarded more than $30 million in support of the project.

If you’re interested in learning more about the National Endowment for the Humanities, NDNP, or the Library of Congress, visit their social media pages: