With this blog post, we are beginning a new series of biographies of famous Texans, before they were famous, in which we research the lives of Texans in their hometown newspapers. Currently, TDNP hosts so many newspaper title runs that we are very excited to learn what we can about our now-famous Texans.  For the first post, we have a guest writer, one of the Digital Newspaper Unit’s student assistants, Patrick Alonzo, who normally works on scanning the full-color newspapers you can find in the Texas Digital Newspaper Program. Patrick grew up in Lubbock, Texas, and he actually scanned many of the issues of the Westerner World that he mentions in the post below. 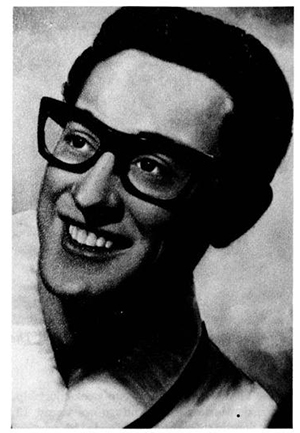 A long, long time ago, before he became a music legend, Charles Hardin Holley, better known as “Buddy Holly,” was just another kid attending Lubbock High School in his hometown of Lubbock, Texas, in the early 1950’s. Now with the LHS newspaper, the Westerner World, available on The Portal to Texas History, we get a glimpse of the young Holley’s school days before he became the Rock and Roll Hall of Famer that history knows him as today.

While searching through the collection of newspapers from Buddy’s time in high school, it was a bit surprising to not find any issues with Holley’s picture in them. Looking back on it now, it seems odd that the most famous man from Lubbock, whose face and name could be recognized by musicians the world over, could not even find his way into the school paper. But perhaps his lack of appearances in the paper highlights how much of a “normal guy” he was at the time, a time before appearing on The Ed Sullivan Show before millions of people, before performing in concerts around the world.

Though his face may not be found among the many photos of drama club actors and football players, Holley’s name can still be found in a number of issues from 1953-1955, although you’d have to search for both “Holly” and “Holley” due to typos in some issues. Back in those days, he was still known as “Holley” with an “e,” and it wouldn’t be until later, when he began his music career, that he would become famous as “Holly,” ironically because of the same typo.

Most often, Buddy is mentioned in the paper for having provided music at school events. It looks like Holly never passed up a chance to entertain others. Whether it was at a sophomore-grade assembly, an all-school party, or an all-night 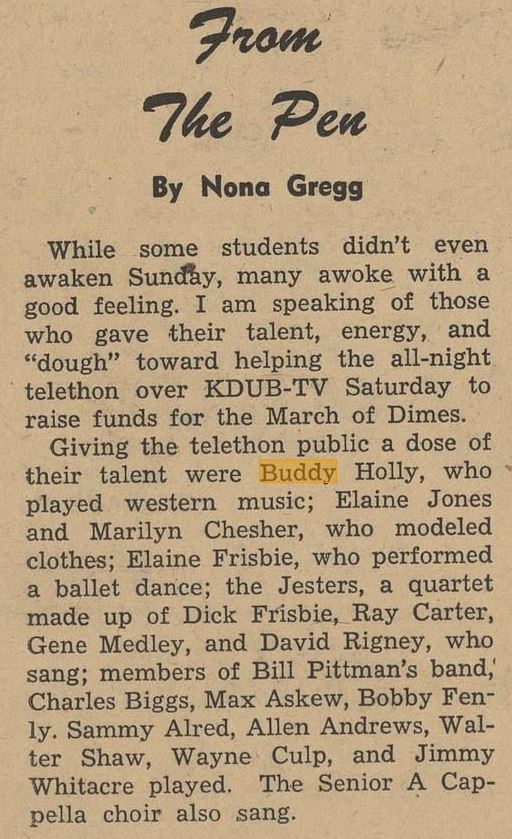 telethon on KDUB-TV, Holly seemed to take every opportunity he could to showcase his talents. It comes as no surprise that he would win the contest for “western instrument” in the school’s 1954 Round-Up show. Even back then, others could recognize Holly’s skill with a guitar.

Apparently music wasn’t the only thing that occupied Holley’s time in high school. Many issues from the Western World talk about his work as vice-president of the Vocational Industrial Club of Industrial Co-operative Training, and although I can only guess as to what he did in the club, I’d be willing to bet that just as with his music, Holley excelled there as well. For proof, you’d need look no further than the issue from March 26, 1954, which lists Holley as the first place winner in the competition for parliamentary procedure and drafting at the club’s district meet in Levelland, Texas. According to one issue, Buddy got to go to Austin to the state meeting of the Vocational Industrial Club of Texas.

Today, generations of music fans love and admire Buddy Holley, but back in high school, there was one person in particular who had special feelings for him–his high school sweetheart, Echo McGuire. One issue from 1953 lists Buddy and Echo in a segment simply titled, “Daters.” 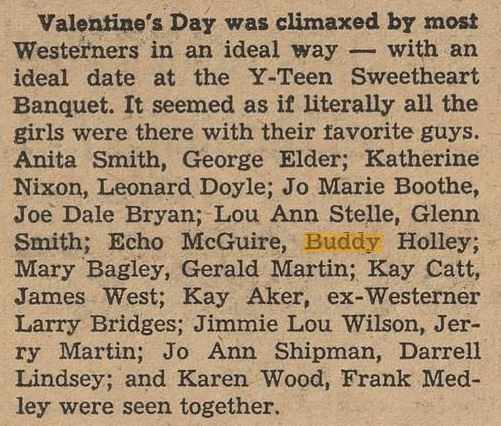 In fact, it seems the two were together throughout almost all of their time in high school.  One issue from 1955 tells about how the two went to Nona Gregg’s 18th birthday party at  the K.N. Clapp Party House in Lubbock. Another  reports on their attending of the Y-Teen Sweetheart Banquet together on Valentine’s Day. Events like these, no matter how small and insignificant, paint an important picture of Holley’s youth, and although he’s no longer with us to share in these memories, we love having the chance to read about such moments. From the concerts in front of sold-out crowds to the good times with a few friends, all of these moments made up the Buddy Holly we know now and just as important, the Buddy Holley that came before.

I can’t remember if I cried

When I read about his widowed bride

But something touched me deep inside

The day the music died 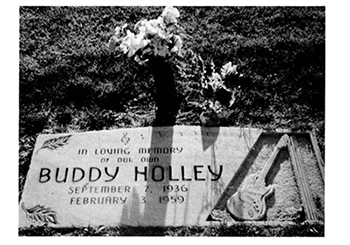 Don McLean sang about the day the music died, and on that fateful February day, Lubbock lost its favorite son. On that day, a rising star in the world of music, though burning brightly, burned out much too early. However, although the music may have died, we must always remember that it was indeed real, and at one time, you could find it in a small, cotton-farming city in West Texas where many nights you can hear little more than the wind howling across the plains. But if you were fortunate enough in 1953 to be in a certain high school auditorium on a certain day in March, you’d hear something else. You’d hear the voice of a young man with a guitar in his hand and a smile on his face, and you’d know, just for that moment, the music surely was alive.