The celebration of Juneteenth in Texas on June 19th has marked the ending of slavery in the United States since 1865.  To celebrate this year, I’d like to share some items and collections I’ve found on The Portal to Texas History and the Gateway to Oklahoma History that are about African-American Texans whose lives have enriched Texas and the world. 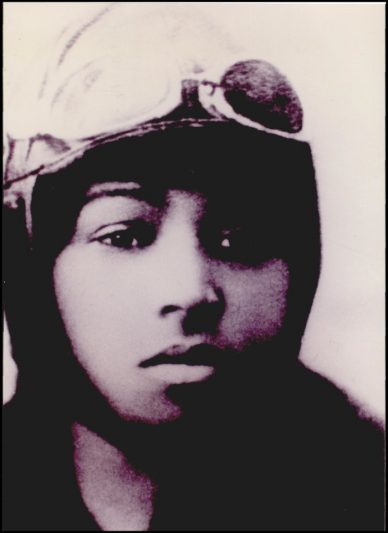 From the late 19th-century, The Representative, published by Richard Nelson, was the first newspaper published and owned by an African-American proprietor.  Mr. Nelson was born in the Florida Keys in 1842, and he served in multiple federal posts, including postmaster in Virginia Point and federal customs office inspector.  In 1870, he served as Justice of the Peace for Galveston County, one year before he began publishing The Representative, which he started on May 22, 1871, stating, “[The Representative] will advocate the rights of all American citizens ‘without regard to color, race or previous condition of servitude.'”  According to the Handbook of Texas online, in 1901, Mr. Nelson “served as vice president for the Southern Negro Congress,” toward furthering education and economic prospects for the advancement of the African American community (Barr, 2010).  As I read through issues of Nelson’s first newspaper, I am most struck by his brave outspokenness.

The first African-American Aviator in the world was Bessie Coleman, and she came from Atlanta, Texas. Coleman graduated from the Caudron Brothers’ Aviation School in Paris, France, and she flew all over the world.  In Orange, Texas, in 1925, she thrilled audiences with her aviation skills, but she also received a death threat letter due to her race. While the death threat letter did not scare her out of performing, Ms. Coleman was killed in an airplane accident one year later, along with her mechanic and PR manager, William Willis.  The Gateway to Oklahoma History offers further detail into Coleman’s aviation background.

A modern-day hero we can learn about from the Portal is Barbara Jordan, who became the first African-American Texan in the U.S. House of Representatives in 1972, as well as the first African-American woman from the South to be elected to congress. Rep. Jordan was famous for her speeches, one of which became immortalized when she spoke in support of the Nixon impeachment in 1973 during the Watergate hearings.  Much of Jordan’s work can be found on The Portal to Texas History, in the Barbara C. Jordan Archives Collection.  This collection houses speeches, photographs, and newspaper clippings that document Jordan’s impact on Texas and the U.S., and the documents are freely accessible for worldwide research.

If you’d like to expand your education about the contributions of African-Americans in Texas and the south, you can find these people and more searching on The Portal to Texas History and the Gateway to Oklahoma History.