This week’s story was prepared by Sara McNiel, another undergraduate student assistant in the Digital Newspaper Unit. Sara studies Journalism at the Mayborn School of Journalism here at UNT, and she is minoring in Psychology. Sara will graduate in December of this year.

You’ve already seen a lot, even though you’ve only been at the circus for a short while. Now, with the sun peeking out from the clouds, the day becomes warmer, giving you an extra boost of energy. Despite everything that’s happened already, you still feel the possibilities for fun are boundless, as you and your brothers are surrounded by interesting sights, talented performers, and a plethora of exotic animals. How would you like to continue your adventure at the circus?

While walking through the crowds, you notice from a distance that the circus has its very own train! You and your brothers run up to it to get a closer look, but by the time you got there the train had gotten into a wreck. Everyone worries about how they’re going to get the cars back on the track, when suddenly an elephant walks up. With a little help from an elephant trainer, the elephant used its strong trunk to save the day and lift the cars back on the track. You all marvel at how such big creatures can be so kind and helpful.

Choice 2–Watch a show under the big top! 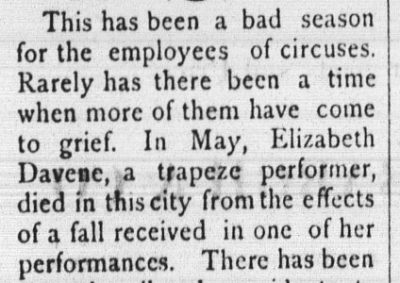 Bad season for the employees of circuses.

You and your brothers sit among the crowd waiting for the show to start. Suddenly, the lights start to dim and a spotlight is pointed up at a person standing on a tall ladder, towering over the crowd below. She grabs a swinging bar in front of her, and leaps into the air. While flying across the stage she flips herself around grabbing onto another swinging bar. But as she attempts to continue flipping through the air, her fingers slip on the bar and she misses! You remember what you’d read about back in the spring and warn your brothers, “THIS is why we don’t try trapeze at home!”

Choice 3–Wander around to see what you can see! 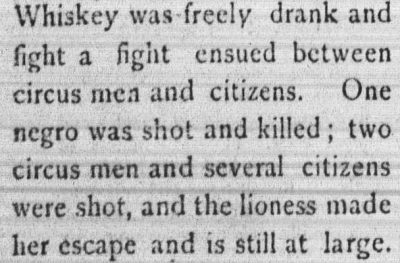 While you walk through the busy circus grounds, you notice that there seems to be a close gathering of people ahead. Not sure if something bad has happened or if there’s a new exciting attraction, you and your brothers decide to check it out. As you get closer, you see that the people were gathering around to watch a fight break out between some circus men and citizens. During the rush of all of this chaos, the lioness managed to escape. You and your brothers watch as the lioness runs away freely. This lioness will be difficult to catch, but hopefully she won’t be able to make her way into town! You tightly hold your brothers’ arms, despite Mark’s whining and Jed’s fidgeting.