In 2021, the Rosenberg Library of Galveston partnered with UNT Libraries to digitize historic labor newspapers from their holdings, which will serve to seed the Texas Labor Newspaper Collection. Titles in this collection, currently focused in Galveston, chronicle international labor reform and organization efforts to improve labor conditions and pay. When the US entered the First World War, national concerns about the war effort affected how labor organizers balanced the importance of worker rights against threats to national security. This is directly reflected in titles such as The Labor Dispatch, which emphasizes the importance of serving national, war interests before worker interests. This focus on serving national interests first not only highlights the threat of the war to the American public, but also the importance of economic production to sustaining a war. Labor activists who subscribed to the ideals of the American Federation of Labor (AFL), such as founder and then President Samuel Gompers, put their reform work on pause in order to serve the war effort, even if this meant grueling, dangerous conditions. 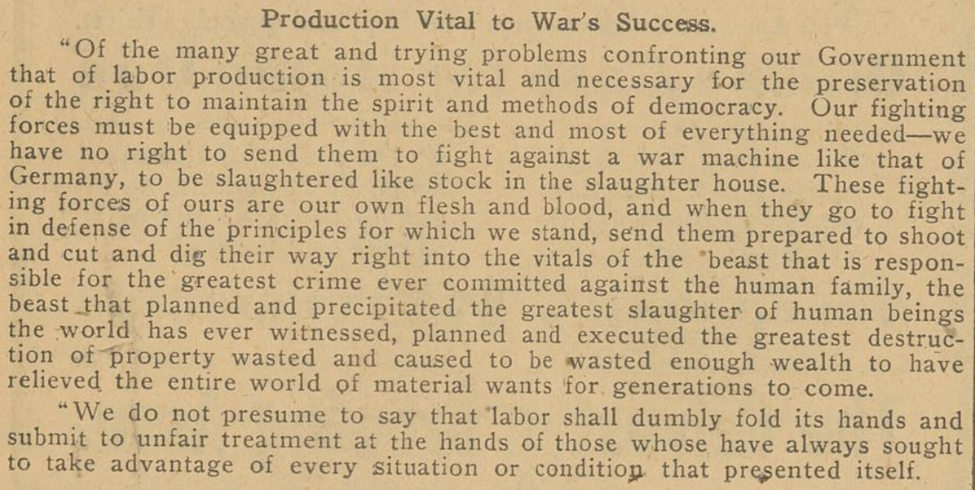 While this is the major perspective currently represented in this collection, it was not the only reaction to the stresses of war. More militant and radical organizations, such as the Industrial Workers of the World (IWW) continued their labor reform efforts and strikes despite the war, though any action that was considered a threat to the war effort was made illegal with the Espionage Act of 1917, including strikes and invasive labor demonstrations. Despite these complexities and differences between major labor organizations, the legacy of WWI and the Bolshevik Revolution on new and continuing labor reform helped to reinforce the AFL’s anti-socialism stance and tempered radicalism in a major sect of the movement. Though we hope to soon expand this collection to include more labor newspaper titles, our current holdings from the city of Galveston reflect some of the important steps toward securing fair wages and safe work environments through collective bargaining. This work was made possible through a partnership between the Rosenberg Library of Galveston and UNT’s Digital Newspaper Unit. 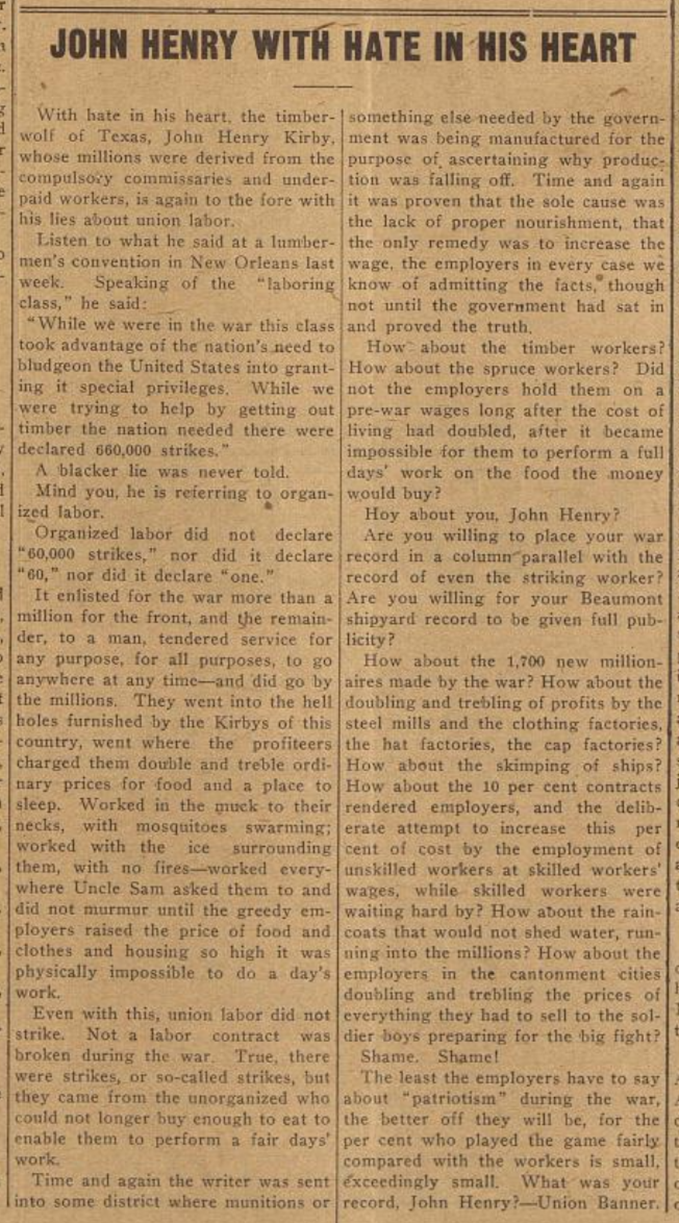 Brooke Edsall is the Imaging Lead at the Digital Newspaper Unit and oversees the digitization of physical newspaper pages for The Portal to Texas History. She is also a masters student with the University of North Texas History Department.